So my body is really pissed at me right now.  Went out to dinner, ate two onion rings, some fries, and a teriyaki chicken sandwich (but left most of the bread.)  ICK.  I feel like CRAP!  I went straight to the gym and worked out for about 45 minutes in the hopes that my body will forgive me.  I used to eat like that all the time.  I used to order something like that and clean my plate and barely be able to walk out of the restaurant because I was so full.  I just don't eat like that any more!  Bleh! And now my body is telling never to do that shit again.  Ok!  I won't!

Progress update:  I'm no long counting the Challenge beginning as my beginning and the Challenge end as my end because (1) I started working out and eating right three weeks before I weighed in officially and (2) I'm not done yet.  So here's the non-Challenge stats: 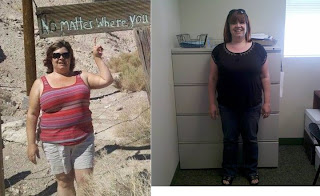 Yep!  37 pounds of pure, unadulterated blob are no longer part of my physique and I have guns.  Here's the picture proof.  This is me last August and me yesterday:

Lordy!!!  Lookit that face!  I've lost at least TWO chins!  Pretty cool, eh.  ﻿I sat at work and stared at those pictures for so long my eyes crossed.  And I got a little teary.  And I'm motivated to work even  harder now.

It's REALLY hard to look at that 'before picture.  Bleh.  I avoid cameras in general so I didn't realize how awful I looked.  When you've been fat as long as I have, you get used to seeing yourself a certain way.  So much so that it looks almost...normal.  You don't realize just how fat you really are, even when the scale is screaming for mercy and the buttons on your clothes become projectiles with every added ounce.  We fatties don't even think we look THAT BAD.  We compare ourselves to other fatties and think "whoa, at least I don't look like that!"  Well, ya, we do.  We totally do.  Our body types may be different and we carry our weight in different places but let's not kid ourselves, k?  The photo on the left is what 237 pounds looks like on a 5"2" chick....period.  The photo on the right is still 200 pounds but it looks way better.

I always kinda freak out when I'd see what athletes weigh as listed on the team rosters.  Cuz all the ones that weigh the same as me are over 6 feet tall.  (Still, I didn't think I looked THAT bad.)  So, allow me to present to you my small reality-check list:

Here's a list of  people I used to weigh more than:

Mike Tyson (at his championship fighting weight - 218)
Dez Bryant (Dallas Cowboys WR - 217)
Ken Hamlin (Ind. Colts DB - 208)
All but 6 players on the Yankees current 40-man roster
And only three players on the 2010-2011 Wenatchee Wild team would wrestle in my weight class. 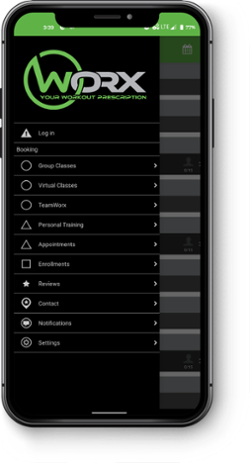